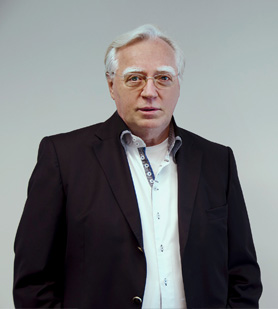 The Architectural Designer Joachim Hauser, operates globally since 40 years in the industrial and urban development as a designer – and has been working since 2000 exclusively with the architecture in and on the sea . The changes and risks in the global coastal settlement area is the inexorable rise of the sea level is this meets to his plans. Ultimately, his goal in life is the“colonization of the sea " in coastal areas.

Precursors of this entrepreneurial goal were the planning of underwater hotels on the Persian Gulf and the Mediterranean Sea. In his 16 years of marine architecture plannings within an experienced team of specialists - from the shipbuilding and offshore technique -the alternative energy technology in conjunction with designers and architects with marine biologists and experts in underwater construction buildable of worldwide reputation, - technically feasible and also commercially viable models with high yield have been developed.

This planning basis is variable for all usages , -whether hotel , single modules , -wellness and hydrotherapy centers or autonomous meeting centers with the highest safety standards . All plans are sustainable and specially in ecologically sensitive sites such as on coral reefs or landscape protection areas were of the highest standard without problems.

The central employment of Mr. Hauser is and remains to work out know-how for the desired objective: The settlement of the coastal zones of the sea with multi-purpose use.

Maritime Management GC, SL. consist of a high qualified team of experts coming from the field of marine engineering, architectonic and interior design, finance and project controlling. Over the years of development MWR has acquired valuable relationships with blue chip companies in the field of both construction and realization.